Acupuncturist has been found guilty of causing serious injury

An unlicensed acupuncturist has been found guilty of causing serious injury to an 86-year-old pensioner.

Ms Yao Weinx, also referred to as Lala, pleaded not guilty at Worthing Magistrates court on 27 January 2020, to causing burns to a client.

Horsham District Council’s investigation found that, in 2017, the client had visited the unlicensed acupuncturist, who had hoped to find relief for her hip, but instead was left with a serious debilitating burn injury to her ankle, permanent scarring and loss of mobility.

Ms Weinx should not have treated the pensioner, instead she should have referred her to a licenced professional.

The law requires an acupuncturist to hold an operator’s licence and for this to be displayed. It was also shocking to find out the business was uninsured, unlicensed and operating illegally.

Worthing Magistrates rejected the not guilty plea, concluding Ms Yao caused an injury of significant harm, and did not have a risk assessment in place, which put the general public at risk. 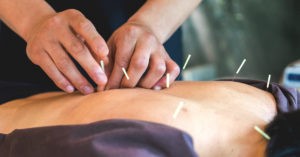